The band Bermudas was founded in March 1990 in Wilderswil. With an old accordion, old drums and a cheap guitar, they started at an early age with a weekly rehearsal.

The three Wilderswiler residents Stefan Herrmann (midi-accordion/bass, vocals), Adrian Balmer (drums, vocals) and Daniel Megert (electric guitar, acoustic guitar, vocals) grew up within 300 metres of each other and have stayed together since the band’s founding in 1990. The name “Bermudas” was chosen because the three musicians form three points on stage. Drummer Adrian Balmer sits at the back, Daniel Megert on the far right and Stefan Herrmann on the far left. This creates a Bermuda Triangle seen from above.

In 1997, the three musicians even performed in the opening act of Florian Ast and the comedy duo “Schmirinskis”. With performances throughout German-speaking Switzerland, Germany, Austria (Hahnenkamm Races), cantonal and Oberland gymnastics festivals, various open-air concerts, Thunfest, Trucker & Country Festival, various marquee events, ski hut parties, Ice Magic – Top of Europe Interlaken and many others, they have created a great atmosphere. They could even be spotted in the opening act of Polo Hofer and the Schmetterband on New Year's Eve 1999 in Interlaken. 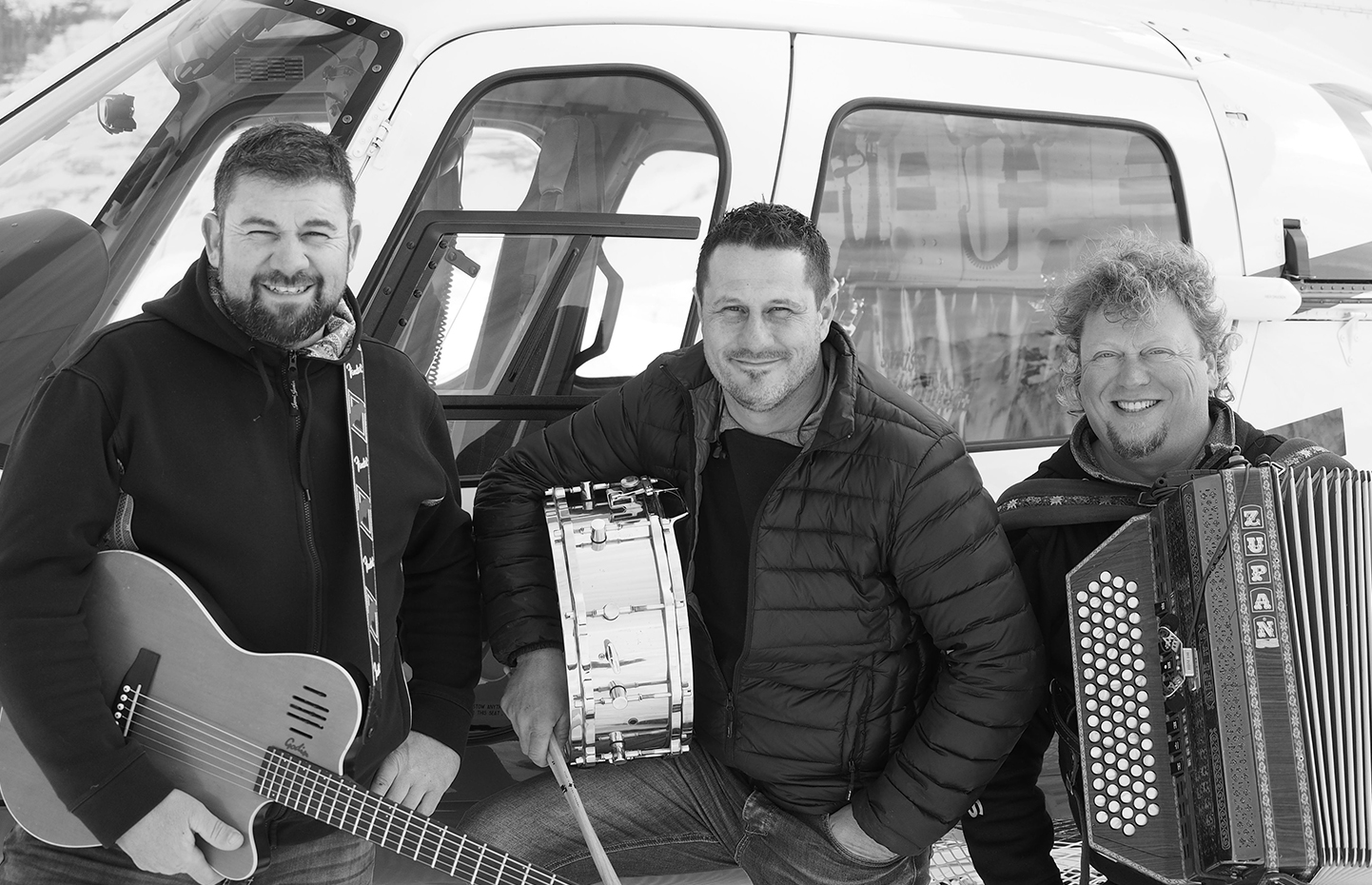